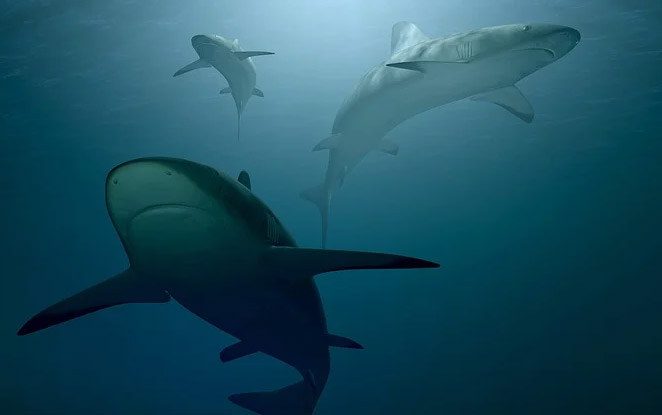 What’s the first thought that comes to your mind when you think of a shark? We’re quite sure you’ll think of a scary and huge creature ready to tear you apart with its jaws. The shark belongs to the fish of a class called ‘Chondrichthyes’. One of the species, the whale shark, is considered to be the largest fish in the sea.

Some of the noticeable characteristics of a shark are its pectoral fins and pointed lower teeth. The sharks have existed for over 300 million years and the number of species range from 400 to 500. Here, we’ve listed some of the most famous types of sharks in the world:

They are the largest species of fish on the planet and also the largest among the sharks. One interesting fact about whale sharks is that they feed on the smallest creatures in the ocean. The food of these sharks include planktons and crustaceans.

They can grow to a maximum length of up to 65 feet and can weigh up to 75,000 pounds. Whale sharks are usually found in the ocean’s deep waters. Some of the locations where they’re found include the Pacific, the Atlantic, and the Indian oceans.

Found in the deep oceans far from the shores, these huge sharks have unique round and white-tipped fins. They tend to move slowly and are active during the day as well as night. The oceanic whitetip sharks live in tropical as well as sub-tropical waters with a certain degree of warmth. Owing to their aggressive nature, these sharks are known to be fierce predators.

Famous for their high tolerance for human interference, nurse sharks are the most inactive among the shark species. Since they are bottom-dwellers, they are usually found on the ocean floor. They are non-agressive and sleep during the day.

During nighttime, they try to find small creatures for their food. They feed mostly on sea urchins, conchs, and squid. Nurse sharks are usually found in the coastal regions of the Atlantic Ocean.

Also known as ‘blue pointer’ or ‘bonito shark’, it is the fastest of all shark species. The shortfin mako shark has a bullet-shaped body and this gives it a good speed. A study in late 1990s recorded the maximum travel speed of these sharks as 40 miles per hour.

When it comes to speed, these sharks are so fast that they can leave even the sports cars behind. They are also believed to be the most intelligent among the sharks owing to their quick-learning skills. Shortfin mako sharks are found in the waters near Panama City Beach.

They are known by several names, such as ridgeback shark, blackspot shark, olive shark, and sickle shark. Their name refers to the silky texture of their skin. Silky sharks are long and slender. They usually grow to a length averaging about 12 feet. Listed under the category of endangered species, the life expectancy of these sharks is around 22 years.

Found abundantly in the pelagic zone and tropical waters, they are known for their strong hearing ability. Silky sharks have a gestation period of about a year. They give birth to around 15 to 20 young ones at a time.